Gersan grew up in Limbé, Haiti and accepted the Lord at age 9. His family moved to Canada, but at a church conference in New York in 1986, Gersan met his wife Betty. Betty is also from Haiti, born again as a teenager. Gersan and Betty were married in 1989 in Canada.

Gersan graduated from the Bethel Bible Institute and worked as a young pastor in Quebec for two years. Valcin's then moved to Texas where Gersan attended Dallas Theological Seminary and obtained his ThM in 1995. In 1997, Valcin's and their two daughters, Elizabeth and Deborah, responded to God's call to return to ministry in Haiti.

The beginning of their ministry focused on evangelism, church planting, and discipleship. By the end of that season of their lives in 2003, Gersan and Betty had planted 72 churches across the country of Haiti. That same year, they felt a new call from the Lord and Gersan accepted the position of senior pastor at the Evangelical Community Church of Haiti located in Port-au-Prince. From 1999 to 2010, Betty was also AWANA's National Coordinator for Haiti.

Valcin's saw the opportunity to purchase a property in the village called Ti Guinee, which is in northern Haiti just 8 km from Gersan's childhood home. In 2007, Valcin's officially established its camping department called Jacob's Well. Their goal was to share the power and truth of the gospel, to see people born again and disciplined in their faith. This included a strategic ministry for children so that a new generation would be raised to be powerful believing leaders amidst the strongest voodoo zone in northern Haiti.

In 2012-2013, God opened the door to a whole new area of ​​ministry which included the establishment of a Christian radio station SKY FM 98.7 and a Christian TV station, TELESYEL-LA - Channel 10 both broadcasting from Jacob's Well! These media ministries have enabled the gospel to be shared with approximately ½ million people in 5 cities.

Written By: The headquarters of the US department of Valcin is located in Austin, Texas. 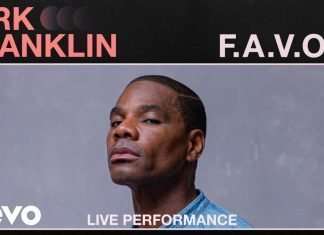 What is the exhortation in the Bible? Definition and meaning

What does Ebenezer mean in the Bible? What is a stone for ...

Simiane - Who can dethrone you? (Official Music Video)

What does it mean to be in the presence of God? Is not it...

Nothing to give you - Adonai - music et lyrics

Introducing River Valley AGES, a group that dreams of inspiring and ...

the 25 most popular this week

Carla Bianco "You Love Me As I Am" Music Video